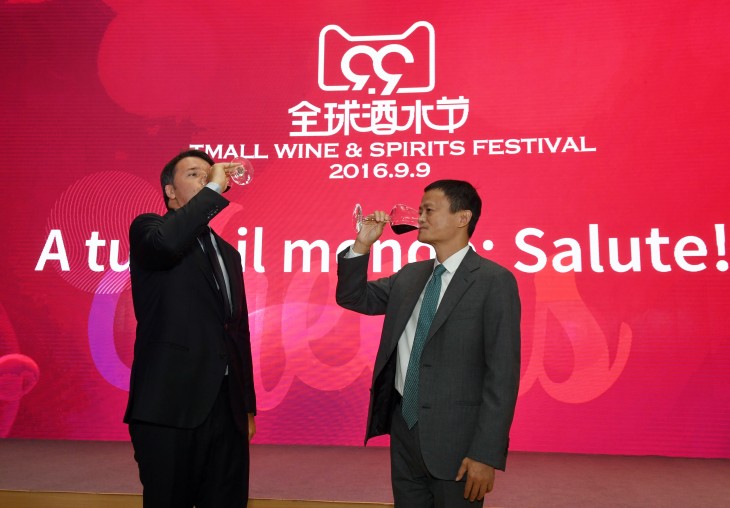 The marketing team of Tmall, the online platform of Alibaba , has been oddly silent following the hype and promotions leading up to the first Wine & Spirits Festival Day on September 9th (9.9). While Alibaba is quick to release its sales figures for “Singles Day” on November 11th every year, this was not the case with 9.9 Wine & Spirits Festival Day. I made numerous requests just after the festival day to obtain final sales figures and total sales values and none were provided. The company has been slow to release any information about the results of this campaign.

There was a lot of anticipation from the wine industry for 9.9, both from importers as well as producers closely following the market. Can a day to celebrate and promote wine really boost the industry and encourage new Chinese wine consumers? “Yes, we can!” was the answer from Alibaba earlier this year.

Given the size of Tmall’s reach, more than 400 million active buyers, the potential was certainly there and numerous importers, producers and wine associations were supporting the festival. For now, from what can be gathered one week after 9.9, the figures must be disappointing–or mediocre at best. A one-page infographic provided to me by Tmall, that is yet to be made public, provides vague data.

Another infographic states: “The volume sold in the first 23 minutes [of the festival] is equal to the production of Château Lafite in seven years.” Again, no figures are provided about the amount sold in 23 minutes nor the exact production of Château Lafite (including or excluding their second wine Carruades de Lafite?). Lots of grand cru classe wines from Domaines Barons de Rothschild (Château Lafite), packaged at RMB 20,180 (roughly $3,025 USD) sold 500 lots in the first three minutes and the rest all sold out in one hour, according to the press release. However, there is no description of the lots contents and no figures on the total number of lots available.

Spirits, and especially baijiu brand Maotai, seem to have done very well. Another infographic claims: “By 1pm on 9.9, the sales of Maotai reached 50% of total sales in 2015.” No exact figures are provided about what the sales figures were for 2015 for Maotai nor exactly how much was sold by 1pm. In the online auction, the press release says a Dalmore Constellation whisky lot sold for RMB 2.58 million (about $390,000 USD) while Yamazaki 50 year old whisky was sold for RMB 800,000 (about $120,000 USD).

The press release also says that Maotai, a distilled Chinese liquor drunk widely around the country, was favored in 17 provinces in China while three provinces–Shanghai, Guangdong and Yunnan–preferred wine, beer and spirits over Maotai.

The festival had its share of critics in China’s social media platforms such as Wechat and Weibo. One public account by Domaine de Aromes, a small wine producer in Ningxia, writing under the name “Bo Na Bai Fu Jiu Zhuang,” was especially vocal about the shortcomings of the 9.9 festival. Bo Na Bai Fu claims that the festival is promoting the wrong wine culture, one that “disregards the bottom line for producers.” There were also several people pointing to the lack of authentication of Tmall products–a wine lover’s group with the Wechat public account Nanvilla2012 says the festival sold fake wine and that consumers should be careful.

This is a shaky kickoff to a festival that is supposed to be held annually. The festival could have been a dramatic turn around for the wine industry in China, shifting the balance from off line to online wine sales. However, given the lack of concrete information and the strangely silent Alibaba team on this event, what we can gather is that the event was most likely disappointing.