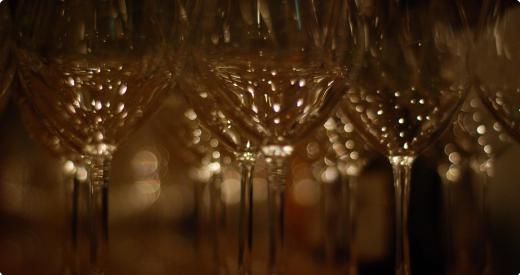 It takes me several days after arriving in France to adjust to the slower tempo. I remind myself to savour the sliced baguettes while the food takes an hour to arrive; I wait in line at the boulangerie (bakery) queue and try not to fidget or tap my feet; I slowly become accustomed to having two hour lunches and coffee breaks every few hours. After a month in France, I learn how to people-watch, to wander through streets without a purpose, to appreciate the lull of conversations and to become more acutely aware of the sights and smells around me. I was proud of myself for getting into this new rhythm and appreciation of life. That is, until arrived in Spain.

Spain moves to its own beat and there is a huge pause in the middle of the day – the siesta. During the summer when schools are out and the workload in offices around the country is light, a three-hour siesta is mandatory. On the first day while staying with friends in Spain, I laid awake in my bed in the middle of the afternoon for about an hour: My body rebelled and noted that the sun was still out and my mind went through a check list of all the things I should be doing rather than ‘wasting’ my time trying to sleep. But it must have been the sultry heat or perhaps the Spanish air that allowed sleep to sneak up unexpectedly and enveloped me in its warmth.
It was about day three that I started to look forward to the siesta with my stomach full of paella, arroz al horna (baked rice) or fideua (noodle paella). Perhaps it was also alcohol induced since these mid day feasts were often enjoyed with a glass or two of Spanish wine. I was happily raiding my friends’ cellar full of Spanish wine. Out of curiosity, I even visited a few local wine shops and scoured the large wine section in Carrefour and to my dismay, the selection consisted mainly of Rioja. I was hoping to make a few discoveries, perhaps an undiscovered Priorat red using centuries-old Grenache vines which are all the rage.
New discoveries were not meant to be, but I was perfectly happy exploring the world of Rioja of which the 1998 Rioja Alta’s Gran Reserva 904 stands out as among my favourites. Great traditional Spanish wines are definitely not about fruit, any sign of Tempranillo’s strawberry or cherry flavours are barely recognizable after years of oak maturation. Vega Sicilia, the Lafite of the Spanish wine world, is matured in various oak containers for about eight years before it is released for sale. Rioja Alta’s Gran Reserva, filled with sweet oak and sau mei tea leaf flavours, is matured for four years and released five years after harvest. Consider the capital cost of that business model and you can see why this traditional style is a dying breed. Rioja is wonderful because it can have complex Chinese tea shop-like flavours but there is the danger of losing the wine to too much oak influence and prolonged elevage (wine’s maturation process).
When Rioja does get it right, it is wonderful with many Chinese meals. The soft texture of the wine and its mellow character makes it versatile enough to pair with seafood as well as meat dishes. The Spanish food and wine culture (especially in Valencia where I spent most of my time) is surprisingly similar to the Cantonese: Red wine is by far the colour of choice; The Spanish adore their rice as well as noodles/pasta; Their love for pork and cured ham is almost a national obsession; Seafood is fresh and simply prepared to enhance the inherent sweetness and delicate flavours of the sea; Aren’t tapas almost exactly the same concept as dim sum?
I pondered these serious gastronomic degrees of separation while immersed in the Spanish lifestyle, even helping to make paella over a wooden flame (which takes a good three hours). My sun-infected mind also daydreamed about a best-selling book idea: ‘Why Spanish Women Don’t Get Fat’. This would be the Spanish equivalent to the best-selling book ‘French Women Don’t Get Fat’ by Mireille Guiliano. Put together the high carb diet, the siestas, the daily late night meals, which begin at 10pm, copious amounts of wine and snacking (tapas are not just small appetisers, they are a national past-time) and the big question remains: How do Spanish women stay so slim? The Spanish paradox makes the French paradox seem like a rhetorical question.
As I relish the fresh olives, the vinegared anchovies and marinated octopus, the answer suddenly appeared.  Perhaps the secret behind what keeps Spanish women slim is a combination of simple, real food, savoured slowly among friends and family, over meals that include plenty of laughter and great conversations. Throw in lots of sleep, a short workday and a high happiness factor and it is hard to have anything but a healthy attitude about food and life. I have filed this promising best-selling book idea in a special place, along with about a dozen other unfinished books, and will surely dig it out the next time I am in a sun-drenched country lying by the beach.
« Back to My Views
Copyright © 2021
Jeannie Cho Lee,
All rights reserved