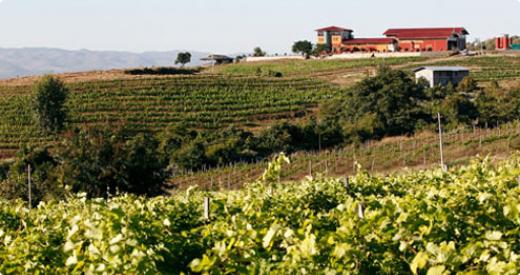 If Thailand is not exotic enough of a tropical wine region, Myanmar would definitely make the cut. A country still largely sealed away from the rest of the world, Myanmar’s connection with the West has mainly been recognised through the face of Aung San Suu Kyi, one of the world’s best-known political activists. Lesser known is the fact that Myanmar has been making wines since the 1950s. According to the latest studies on Asian viticultural developments conducted by the United Nations, the total area under grapes is about 700 ha (approximately the same as the Alba wine region in Italy) and total production stands at about 8,300 tonnes in 2000.

Currently, there are two major producers in this region, both located in the Southern Shan States near the Inle Lake. Red Mountain Estate started operations in 2002 when French winemaker Francois Raynal joined the team. Its older neighbour, Myanmar Vineyard, was founded in 1997 and produced their wines under the cuvee Aythaya, led by a German winemaking team. Myanmar Vineyard is owned by German native Bert Morsbach.

Asian Palate talks to Francois Raynal about making wines in Myanmar and experimenting with grape varieties and viticulture practices in this new, up-and-coming tropical wine region. This week, we will cover his views on the general aspects of winemaking in Myanmar: the terroir, challenges and positioning. Stay tuned for the second segment of the interview as he elaborates on more technical matters: site and rootstock/ clone selection, choice of grape varieties and the unique expressions of Myanmar wines in next week’s feature.

1. What is the soil profile/terroir like at Taung Che site near Inle Lake and Myay Phyu?

The soil is mainly clay, with limestone underneath. The clay is a good thing for us as it keeps the moisture underground during the long dry season and avoids inundating the roots with too much water during the monsoon. Both sites have approximately the same soil type.

2. What are some of the legal or logistical challenges for you to operate a winery in Myanmar?

There are no regulations concerning the production of wine in Myanmar. We do what we want. Personally, I try to follow the French regulation that I learned at the French winemaking school. It is still a challenge to produce quality wines here. We have to import everything: bottles, corks, labels, oak barrels, oenological products… I have to do everything by myself: the plantation of the vineyard, the winemaking, lab analysis, design of the labels… There is nobody to help.

As the Burmese do not have any wine culture, I’m the only one to taste the wines and to decide every step of winemaking. That is probably the most critical point. There is nobody to give me advice.

3. Myanmar is very close to Thailand, another rising Asian wine region. What are the major challenges in the vineyard arising from Myanmar’s unique climatic conditions?

In our own case, in the mountains of the southern Shan State, the conditions are perfect. During the dry season in the vegetative cycle, which ends by the harvest in March, the temperatures are quite low (5 to 10 C during the night) and day very sunny. These conditions are perfect for varieties like Sauvignon Blanc and Pinot Noir.

4. What other challenges in the vineyard or winery do you face in Myanmar that is unique from other regions?

We have to face a difficult rainy season. Even if we don’t produce grapes during that cycle, it’s very important to keep the plants as healthy as possible. We have experienced the plants being attacked by diseases, such as downy and powdery mildew or anthrachnose, as well as low yield in the next cycle.

Another problem is that the yield is always very low, 3 tonnes per hectare. We try to solve this problem by experimenting with different training systems other than VSP (Vertical Shoot Position).

5. What do you think about the term “New Latitude Wines” coined by your Thai neighbors? Does it accurately describe/ capture the spirit of wines from Myanmar?

Yes, all tropical wineries are included in the term “New Latitude Wines”. We are outside the traditional winemaking areas located in the North and South hemispheres. We show that it’s possible to produce wines outside these areas.

The important point is to find the right place to plant the vineyards. I think that the main factor is the altitude. We are at 1,000 meters above sea level. In Thailand, some vineyards are located at sea level, which is not a good thing for the quality of the wine. But most of them are located in the Kao Yai region, at 300 to 400 m.

The Thai Wine Association (TWA) has created its own quality charter. It’s a good thing as long as every member respects it. Like in Thailand, Myanmar does not have any regulations concerning the wine production. The producers have to respect their own regulations.