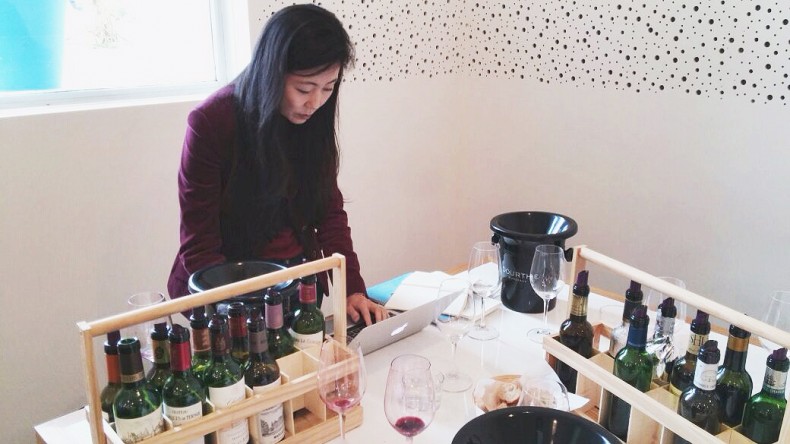 Many strong contenders for top ratings from Jeannie Cho Lee in Pauillac, Saint-Estèphe and Saint-Julien for this “seductive vintage.”

The past few days were a marathon tasting that gave me a great perspective on the entire Médoc region: Listrac-Médoc, Moulis-en-Médoc, Médoc, Haut-Médoc, Saint-Julien, Pauillac, Saint-Estèphe and Margaux. For most of the top Médoc wines, I was able to taste them twice – at the châteaux or at a négociant-organized tasting and also blind, once again, at the Union des Grands Crus de Bordeaux tastings held in various châteaux over the past few days.

Usually I have a clear verdict about which appellations did better at this point, after having swirled, spat and written over 400 tasting notes. But this year, it is extremely difficult to choose between Pauillac, Saint-Estèphe and Saint-Julien. All three communes are strong contenders for the number one spot. Pauillac producers appeared joyous after the extremely difficult 2013 vintage, which was not only challenging weather-wise but also low in quantity. The first growths on top terroir are terrific – Latour is my favorite with Mouton and Lafite just behind. They happen to also be in Pauillac where their neighbors also made fantastic wine.

My top Pauillac wines, apart from the first growths are Pichon Lalande, Pichon Longueville Baron, Lynch-Bages, Grand-Puy Lacoste and Pontet-Canet. The second wines of the first growths are now at second or third growth quality, with prices to match. These top wines are quintessentially Pauillac: velvety, firm tannins, dark fruits, generous with great depth of flavors.

The Saint-Julien 2014s are delicious. At the head of the pack is Château Léoville-Las Cases, making sumptuous, age-worthy wines with incredible consistency even in weaker vintages like 2011 or 2013. In 2014, the wines shine and the grand vin is equal in quality this year with the first growths. Ducru-Beaucaillou was terrific this year, more generous and sumptuous than the past three years. The three over-achievers in this vintage were Léoville-Poyferré, Gruaud-Larose and Beychevelle. As long as prices stay the same as last year, these three wines will be wonderful affordable additions to one’s cellar.

Saint-Estèphe is really impressive this year because of the consistency of the wines in this appellation. There were simply no really bad wines. Montrose and Cos d’Estournel lead, as expected, but numerous other beautifully made wines are not far behind. Calon Ségur was phenomenal this year, perhaps as good as the 2010 and 2009. The balance between lovely sweet fruit and racy acidity balanced by velvety, ripe tannins were a winning combination. Names in this commune to look out for are: Lilian Ladouys, Phélan Ségur and Lafon-Rochet.

Having such a dilemma about which commune was best means one thing: there was an abundance of well-made wines in the northern Médoc in 2014. This is a seductive vintage in the northern Medoc with plenty of options.