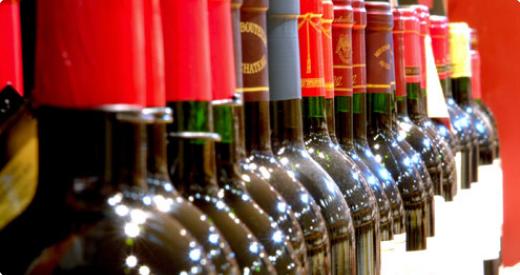 Read our new installment of what’s new in wine in China, featuring the latest issues and news in the Chinese wine industry. We invite our readers to comment.

Beijing has gone back to its roots with the newest fad of drinking in a siheyuan — an ancient Chinese residence of wealthy families, nicknamed “Chinese quadrangles” for its layout of a courtyard surrounded by four buildings. Dating back over 2,000 years, these residences have the same layout as palaces, temples, monasteries and traditional government offices. With white collar workers reporting growing boredom with the increasing number of modern wine bars in popular drinking districts such as Sanlitun, Houhai and Nanluogu Lane, the option of enjoying a glass of Pinot in a traditional Chinese setting appears attractive.

Nanjing’s first ever exhibition featuring the pairing of wine andzongzhi, Chinese sweet glutinous rice dumplings, was hosted by local Hang Fung Trading Company on the 27th of July. This pairing was explored through pairing these traditional Chinese desserts with dry red wine from France, as well as infusing them with the wine. Aszongzhiare a representative dish served at the national Chinese Dragon Boat festival holiday, this event allowed local Nanjing citizens to experience the intermingling of a quintessentially Chinese dish with a renowned aspect of French cuisine and culture.

China has successfully extracted grape polyphenols, vegetable protein and grapeseed oil from grape pomace domestically for the first time according to Xinhua’s Bingtuan Daily in Xinjiang. Previously solely imported from abroad, with this discovery through the “Urumqi Wen Li Science &Technology Development Company Limited”, China has advanced a further step forwards in recycling and technology.