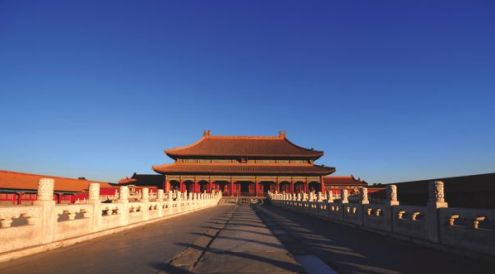 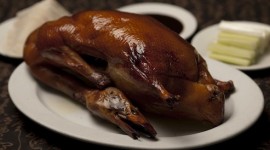 Generally, food writers classify local Beijing food as northern Chinese cuisine. Food influences stretch as far west as Xinjiang and as far east as Heilongjiang. During the reign of the various dynasties, many cooks and chefs from around the country found work in Beijing; a melting pot of cuisines was created and thus the origin of a particular dish is often from outside the capital.

However, there are several key characteristics of northern Beijing food that distinguishes it from other regions in China: it is the home of imperial cuisine, meals are often wheat rather than rice-based, dishes tend to be heavy with dark sauces, and hot foods, cooked or kept warm at the table, are common.

Before the country was united by modern infrastructure, rice was scarce and wheat-based buns accompanied most meals. Now, rice is widely enjoyed, but steamed buns, both plain and stuffed, continue to be part of a northerner’s diet. Other wheat-based staples are dumplings and different types of noodles with thick dark soy-based sauce. The flavours for wheat-based dishes are often enhanced by chilli pepper, garlic, leek, spring onion, sesame oil and Chinese parsley.

What sets Beijing apart from many other Asian cities is its rich history and beautiful architecture that gives a special ambience to its food and dining scene. A major influence on the city’s food culture is its extreme northern climate that has below freezing temperatures during the winter, with the frost-free period lasting only about 180 days of the year. Given the cold winters, eating hot food, often cooked at the table on a burner or hot pot, is a way to keep warm. Food is hearty and filling with generous use of dark, nearly black-coloured soybean paste – a more pungent and saltier version of the Japanese miso. Lack of water meant that grains are easier to grow than rice and thus, wheat buns mantou, bread pockets xiao bing, and thick noodles are central to the northerners’ diets.

It can be said that until Mao’s death in 1976, Beijing was a culinary desert. Beginning in the mid 1980s, there was a boom in the restaurant and dining culture. Beijing’s position as the capital of a huge country opening up to the world meant the world was also coming to meet China. An influx of foreign investors, tourists and government officials spurred a vibrant dining culture. City residents included a large diplomatic community and an increasingly affluent local society that dined out with greater frequency.