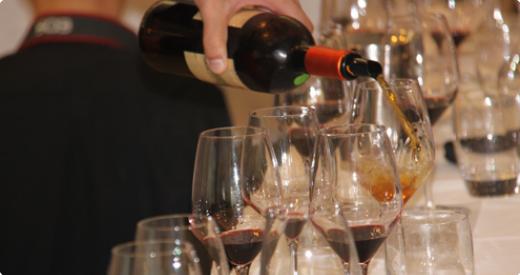 We at Asian Palate have been closely following the improvements made by the Chinese domestic wine industry. Jeannie Cho Lee MW is currently including another half a dozen Chinese wines to the Galaxy Macau list and she has been a firm believer in the improving quality of wines not just from Ningxia but also from Shanxi, Gansu, Shandong (Yantai & Penglai) and Xinjiang. Wines from the Ningxia province in China have recently been successful in international wine competitions. For example, He Lan Qing Xue’s Jia Bei Lan 2009 Cabernet blend won the Red Bordeaux Varietal over £10 International Trophy at theDecanter World Wine Awards 2011. We are therefore not surprised to find out theresultsof the Ningxia vs Bordeaux Challenge held this in Beijing on the 14th of December, 2011.

This event was coordinated with wine retail and information websiteTasteV, wine club Zun, and Chinese wine blogGrape Wall of Chinacontributors. The judges were asked to rank the wines from first to tenth based on quality. The first place was worth one point, the second worth two points, and so on. The wines with the lowest total scores were the winners. The top five were the following:

While there was a lot of controversy regarding the Bordeaux wines chosen for the event, the Grape Wall of China replied that the contest was never meant to be a Beijing version of the Judgement of Paris, or that they were pairing the best of Bordeaux with Ningxia wines- but that they instead used aprice rangeto compare top Ningxia wines with well-known Bordeaux brands sold by major distributors in China. This would force the price range of the Bordeaux wines to be around RMB350. However, since the Ningxia wines were around the same price range, the choices of wines for the competition was not to be perceived as unfair.

Jim Boyce who organized this tasting says, “I know there will be many questions about this tasting. For example, French wines face about 48% in tariffs which means they have a price disadvantage versus Chinese wines. That is true. On the other hand, the prices listed above are what Chinese consumers face. Also, two distributors told me that when taxes in Chinese wine are taken into account, it is closer to a 20% difference.”

He adds, “For now, the big ‘takeaway’ for me is that Chinese wines have again — not for the first time, not for second time, but again — shown they can compete on a global level. The reality check: these wines represent a sliver of the China market and the industry as a whole has a long way to go. Still, for those who ask, “Can China make good wine?” the answer is yes.”