Another successful Vinexpo comes to a close. There was a steady stream of visitors everyday at the show and the exhibitors we spoke with seemed happy overall with the quality of visitors. Chinese visitors were fewer than in 2011 and the homage to China which was noticeable 2 years ago was absent this year. There were numerous tastings, seminars and events throughout the day and all the chateaux were busy hosting dinners as well as lunches. Below are some of the highlights:

Day 1 – Sunday, June 16, 2013
The wine show began on a very sunny day and even before the opening ceremony scheduled at 2:30pm, the show was already packed with visitors. Visitors from overseas took the opportunity on this day to meet with their suppliers and the show was surprisingly vibrant. The evening highlight was the Mouton dinner held for the press. There were nearly 600 people gathered at Mouton for the opening dinner.

Day 2 – Monday, June 17, 2013
Jeannie led a master class showcasing wines of Cru Classe de Graves. 13 different wines from the 2010 vintage were served to 80 attendees. Jeannie described the 2010 vintage as one of the best in Bordeaux over the past few decades, surpassing even the 2009. Day 3 – Tuesday, June 18, 2013
Robert Beynat along with Xavier de Eizaguirre hosted a press conference, announcing new plans for next year’s Vinexpo Asia-Pacific. Vinexpo in Hong Kong will be expanded by 50%, and for the first time the show will also be touring to Beijing and Japan, giving the wine trade easier access to Asia. Watch Xavier’s interview with Jeannie here. 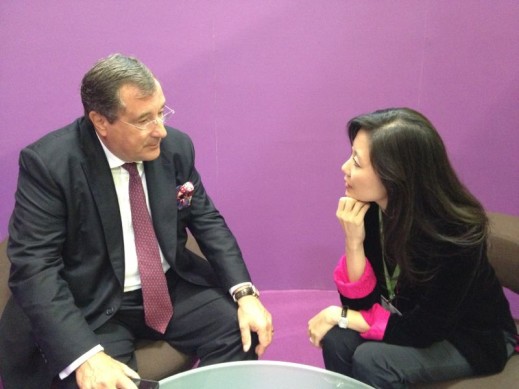 Day 4 – Wednesday, June 19, 2013
The Bordeaux International Wine Institute held a wine seminar on “Discovering Chinese Wines”. The room was filled with 90 attendees, tasting 24 wines ranging from reds to whites and roses to ice-wines. Besides the tasting, the seminar also had a presentation on the history of Chinese wines, which included a show and tell about “jue”, a tripod goblet, which was used to serve warm wines in ancient times. Day 5 – Thursday, June 20, 2013
Congregations did not just take place at Vinexpo. Many interesting events occurred outside of the show as well. For example, from Monday to Thursday at Chateau d’Yquem, friends of the winery were invited over to have a 3-course luncheon paired with Y 2011, Yquem 1996 as well as the yet-to-be-released 2011 vintage, which was served directly from barrels for the first time. Pierre Lurton, the Managing Director, and Sandrine Garbay, the Cellar Master, were both present at the luncheon. 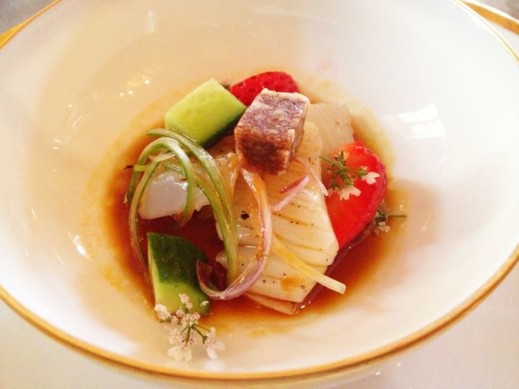 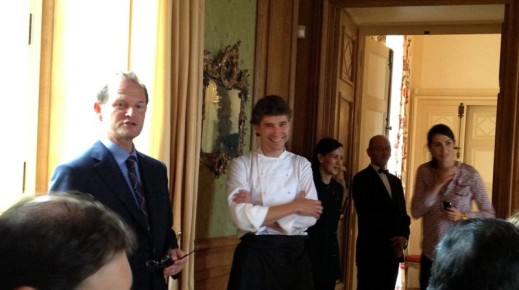 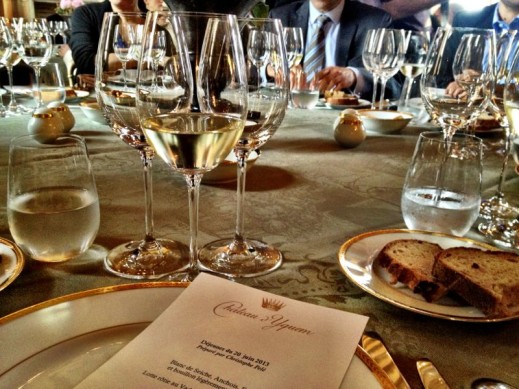